As I was sitting in my drawing room, binge-watching a TV show, my mother sat right across the couch focused on her (almost full time) hobby – scrolling through Facebook. She announced, “Hey! there is a photo of you celebrating Diwali at Chitra aunty’s place. You are in that cute paavadai that you loathed back then, Look at your scorn”.

I hate them, true! My mom had this stern belief that I would grow tall every single day and hence she would religiously buy dresses at least three sizes ahead of my actual one.  I ended up having frocks that looked like skirts and paavadais that looked no less than cinderella gowns, never-ending that is. As we looked at that photo after all these years, in no time we slipped into reminiscence — memories of lost friends, my grandparents’ religious ceremonies, the cracker flop show on almost every Diwali. Festivals do this, bring people together, create conversations, help us rejoice us in memories and make life look positive and happy.

But when I came across the concept of a ‘giving’ festival, my natural skepticism raised its head yet again and asked “Hey, does giving have to happen just over a week? Why should I even tell anyone that I help? What is the point in celebrating giving?” The list went on.

Still doubtful, I embarked upon the journey of Daan Utsav. The bunch of people I met during that journey proved me so wrong.

Switching two trains and two buses, with an average travel time of about 4 hours, I was walking towards a place called Aranvoyal, a village on the far outskirts of Chennai. Loudspeakers blaring Bhakthi songs, we proceeded down a long lane with greens on either side to welcome us. I was about to meet a lady called Logammal, who had previously celebrated the festival. I had heard that she runs what is called a ‘Children’s Parliament’ and conducts a one rupee-campaign during the Daan Utsav week.

My mind was still going, “What is the big deal, why should I travel four hours to know this!” and with the never-ending lane and misleading directions, I could feel all positivity waning. Finally a lady in her early 40s came around and greeted us with a smile, the most genuine I had seen in recent days.

A teacher, whom every village person seemed to know, took us to a temple where we found a bunch of children engaged in animated discussion. As I moved closer, I was fascinated to find these kids discussing the mechanics of a car. We sat down to talk and I got a brief about their previous activities, the one rupee-campaign evidently being their star event. During the Daan Utsav week — that is, during October 2 -8 — these kids go about their village and collect one rupee from each household.

Still not overly excited about the festival, I was nevertheless curious to know what impact a one rupee-campaign could make, and got hold of a little girl named Pavithra.

“How much did you collect last year?” I asked.

“So what would you do with the money?, Wait, annadhaanam, or books for other kids?”

I gave her options, not containing my ‘know all’ attitude . She gave a little laugh and said that they did not want to use it for the short term only but wanted it to provide some long term solution.

“Akka, The gypsy community in our village usually begs around with bare hands and get their food through alms. The children, especially the little ones, get the least amount of food since their fist is not large enough to hold more than one pellet of food, even if the giver wants to offer more. So with the amount collected, we got the gypsy children plates,” she said, adding, “Though we know that does not solve the problem, it will at least help a child get enough food in the future. This Daan Utsav we are planning to do something exclusively for the mothers with money raised through our campaign.”

That moment I learnt two things – First, solutions to most big problems start with a simple beginning. Second, once a ‘giver’ decides to give with all his heart, the question of ‘how to give, whom to give’  tend to fetch answers for themselves through different channels. As the little girl shared her 2016 plans for Daan Utsav with hard-to-miss determination in her voice, I was left deep in my thoughts.

If a little girl from a village plans meticulously on different ways to get her village and school experience the festival of giving, do I still need to debate on why a festival for giving might be necessary? If a festival helps us think about the less-privileged, makes us sit down and create conversations around helping, what reasons could I have to not celebrate what has rightly been called “The Joy of Giving Week”? 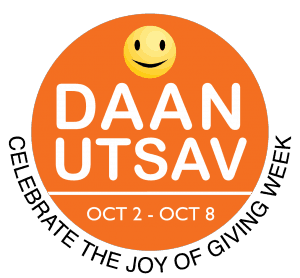 About Saradha 1 Article
Saradha Krishnamoorthy, a marketing enthusiast, is also an IVolunteer - Daan Utsav fellow. she can be reached at saradha1593@gmail.com

The gaps in our real estate rules that citizens must mind

The Real Estate Regulatory Authority proposed by the Union legislation on real estate development and regulation is lofty in ideal, but some of the draft state rules appear to dilute its efficacy in protecting buyers’ interests.

Trans persons in Chennai face various hurdles in being able to access health care, with issues such as stigma and affordability.