Of all the things that Besant Nagar beach is known for, Spring Potato (also known as Tornado Potato) seems to be the one that has witnessed the most phenomenal growth. A spring potato is a snack where  a single potato is sliced continuously into a spiral, fried and served with spices, on a sharp skewer. Over a 100 spring potato shops lined up next to each other, compete for 5000+ customers every month.

“Business is dull these days due to the monsoon,” says a stall owner. “We get 100+ customers in a single evening but looks like all business has gone to food trucks and smaller shops who have a roof. Why will anyone eat this standing in the rain?” he adds a practical note on a day when the sales are low.

When asked if they sell anything else, “Usually Ice Gola and Spring Potato go hand in hand. The spring adds the spice, the ice calms it down” says a stall owner smilingly. “We have a variety of flavours but the most popular one is spice chat masala with mayo. For children, we have a plain spring potato”.

These spring potato shops are strategically positioned right at the entrance of the beach to catch the customers as just as they arrive at the beach. Along with spring potato and ice gola, each shop sells a variety of corn and potato-based savories. “It is easy for the customers. They can buy and sit inside their cars to eat” says the owner of a spring potato stall pointing at the car park right next to the entrance.

These makeshift shops compete with a myriad of shops on the other side of the road. From small kiosks to large establishments to food trucks, Besant Nagar is a foodie’s paradise. “The crowd we get are usually families and college students who eat dinner at home but need something to munch on at the beach,” says a shop owner. “We don’t directly compete with these big shops” he adds.

But is there a flip side to these stalls, especially in terms of ecological impact?

“Spring potatoes are on the road side and not towards the shore, So we can’t really talk about the impact of light from these shops”, says T D Babu, a marine biologist and co-founder of SPARK Civic Forum. “But certainly the sharp sticks thrown across the beach is a safety threat to both visitors and conservancy workers, many of whom have been injured while clearing up these spike-like sticks.”

When questioned about safety and hygiene, Babu says, “The unregulated frying in hot oil without any safety gear is a big risk to the vendors themselves, and to the public. These concerns were raised with the commissioner of Greater Chennai Corporation, who had recently visited Elliots beach and seen for himself, the quantity of these sticks strewn all over. Having spoken to the conservancy staff and beach visitors, the commissioner assured us that such food stalls will be banned. We are awaiting the notification. Even as I am conveying this message to you, many of our beach cleaning staff are getting hurt while clearing these sticks”.

It is not just the sticks. Many people who actually buy spring potato often dump the unconsumed food on the beach or even in the waters. “Cigarette buds, plastic papers, leftover food from the shops — all of it goes to the sea. Callous littering of garbage is a threat to the ecosystem, especially the nesting turtles,” says Akilandeswari K, a resident.

The repeated reuse of oil in frying is another health concern, but the stall owners are unfazed when you raise the issue. “At least here you can see how we make it. In the big shops, you don’t know what’s going on inside” says one of them, as he continues to serve the lone customer who has turned up at his shop.

Meanwhile, nostalgic visitors to Chennai, and Elliots Beach in particular, are dismayed at the appearance of the beach. “Oh my God! what happened! How was this allowed? The beach is overtaken by scores of these boards.. littering all over. What’s with this fascination.. there has to be a law against it!” writes Manisha Bhattacharya, visiting from Bangalore, in a Facebook post.

Besant Nagar Beach has long been a favourite hangout and holds memories for many like Manisha who, at some time or the other, have called called Chennai ‘home’. “It has been more than a decade that I have moved out of Chennai but I always recall many lovely evenings spent here — sitting on the sands with friends, singing songs, having a cup of tea.. the beach peaceful and pristine,” she told us when we called her, “A recent visit to the same spot shattered all that.. evidence of rampant, uncontrolled commercialization, littered spaces, garish posters everywhere were such a shock to the system… I’m so hoping it’s not beyond us to restore the space to its original serenity.”

Babu, commenting on how so many shops have been allowed to come up at the same place, said that many of them actually operate without a licence, even though they are legally required to acquire one from the Corporation. Clearly, no one is watching. 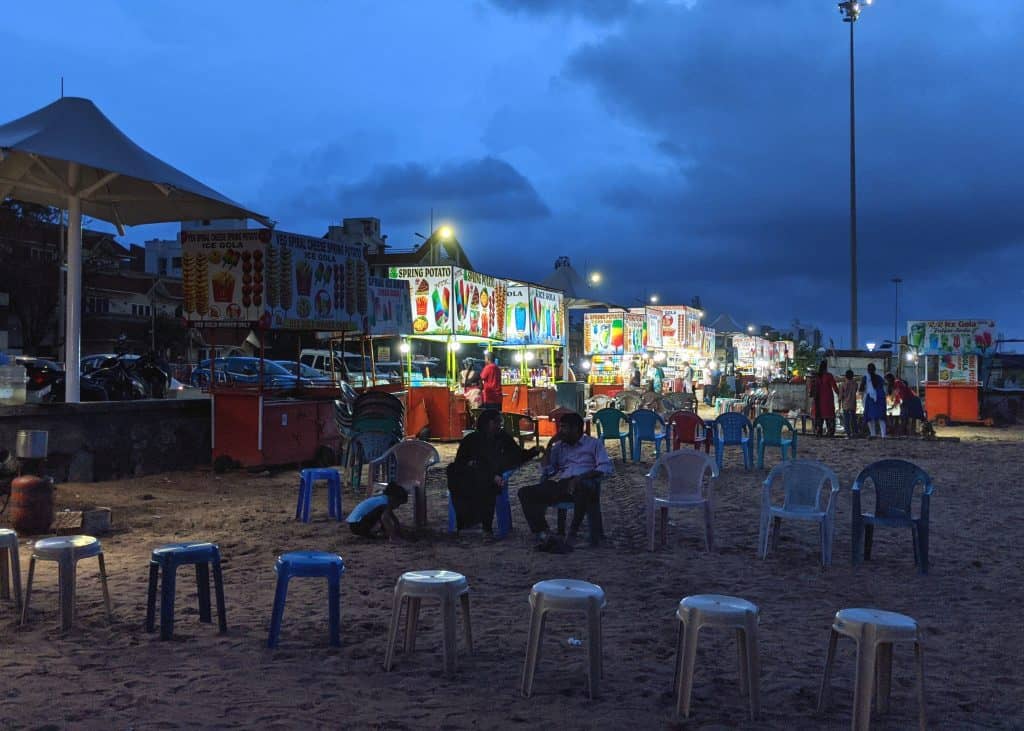 A time to bond over a stick of spring 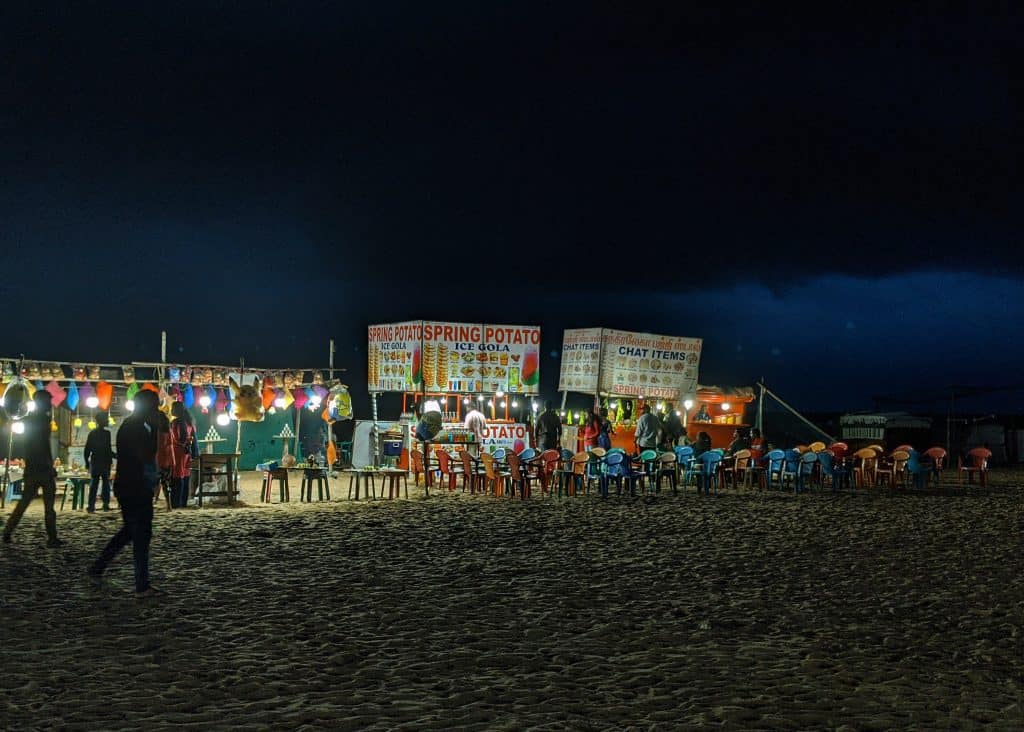 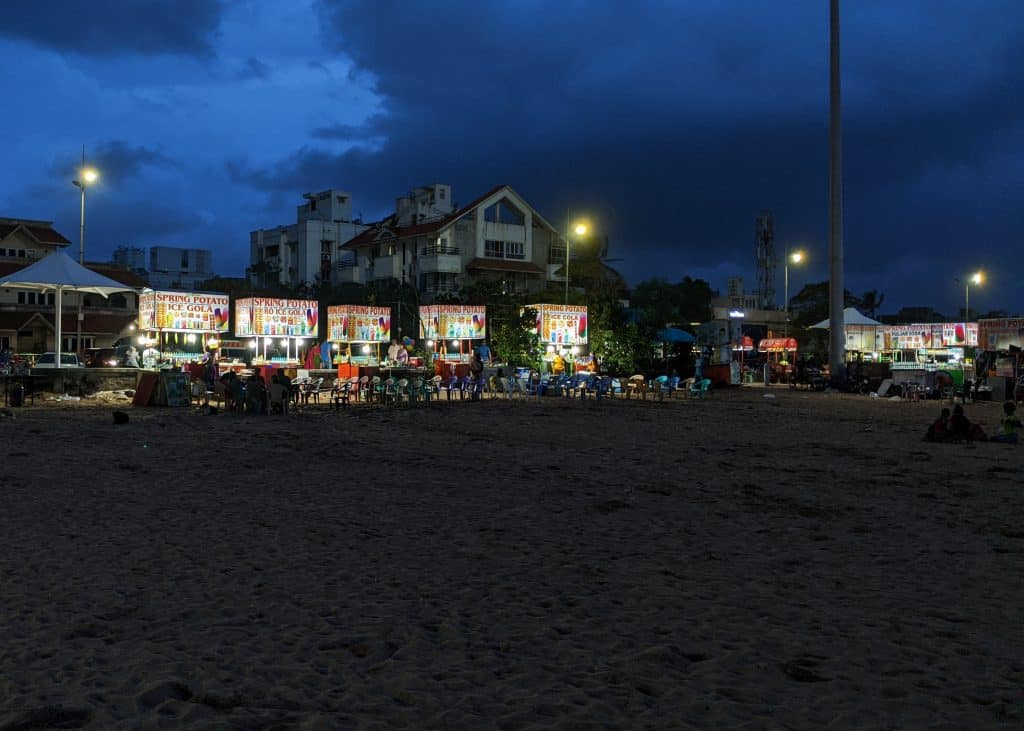 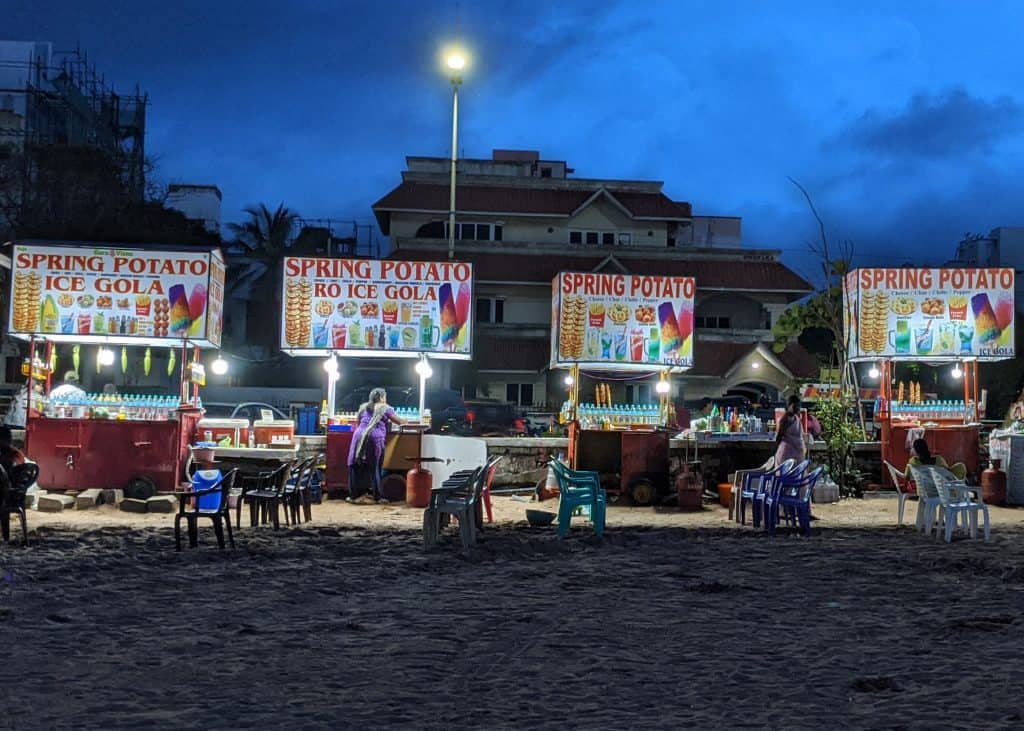 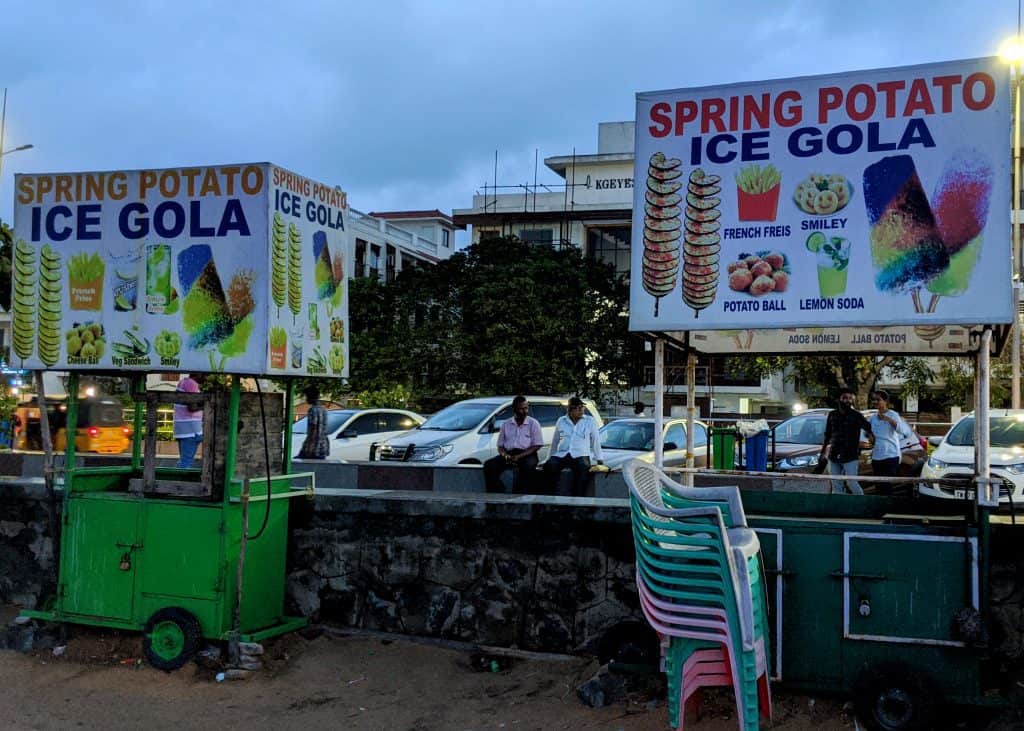 Some owners had given up 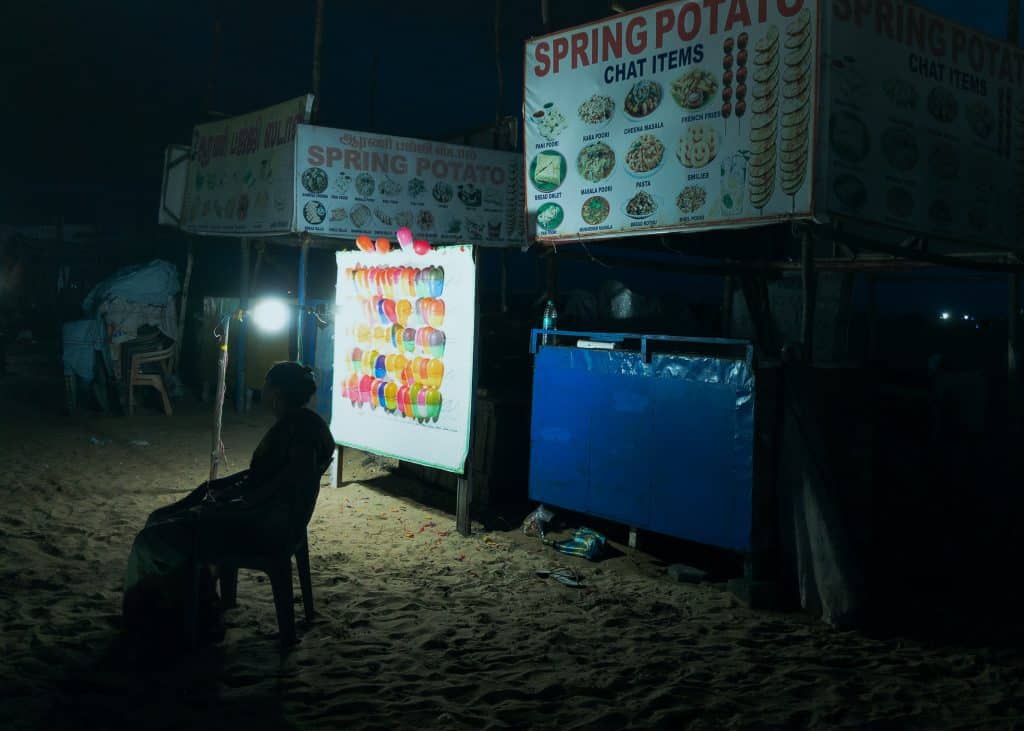