A citizen-led, local initiative in Kotturpuram is creating ripples of inspiration across Chennai. Determined to make their surroundings better, the children and youngsters at Kotturpuram Housing Board cleaned the litter in the area and decorated the walls with colourful murals.

A week ago, the passageway at Block H of Kotturpuram Housing Board resembled a mini dump yard with bags full of domestic waste strewn all around. The stench was so unbearable that locals would cover their noses while passing the area. Today, the locality is the talk of the town, with officials from the Corporation and Slum Development Board visiting the locality to witness the transformation. Citizens across the city want to follow the model to make their neighbourhoods clean.

“I am happy to see the enthusiasm among the residents of neighbouring blocks, who want to replicate the model. It proves that change is contagious. Chennai Corporation will engage with multiple stakeholders to support the housing board residents on their waste management drive,” said Dr Alby John, Regional Deputy Commissioner, Greater Chennai Corporation.

For years, citizens in this housing colony had resorted to the short cut of dumping their waste at this passageway, instead of walking a few yards to the dustbin. As a result, the area actually reinforced the stereotypes of unhygienic housing boards.  To change this perception, and also the conditions of living, a few like-minded residents teamed up with Chennai Corporation.

“A few months ago, we cleared the garbage in the passageway and sensitised the residents against dumping. But within days, it would be littered again,” said R Gavaskar, a resident and a conservancy worker.

This time, the strategy was different. A meeting with the residents was held at the dirty passageway to show them the ground situation. “Residents who littered the space felt guilty; they understood how difficult it is for the conservancy workers to clean the waste,” said Vasanth, Conservancy Supervisor.

After residents promised not to litter the space, children of the area joined hands with the conservancy staff to clean the space again. Soon, the children, with the help of parents, had painted the walls. “It is a win-win situation. Today children are using the space to play games such as carrom and cricket. Parents, who witnessed their hard work and see the possibilities of the space, are mending their ways,” said Gavaskar.

Sourcing funds was a challenge. But again, crowdsourcing worked. Few painters contributed paints, labourers helped in clearing the garbage and some helped financially. Thus, this self-driven community engagement turned out to be a fruitful and exemplary social experiment, and now will hopefully pave the way for more such efforts by other low-income groups. 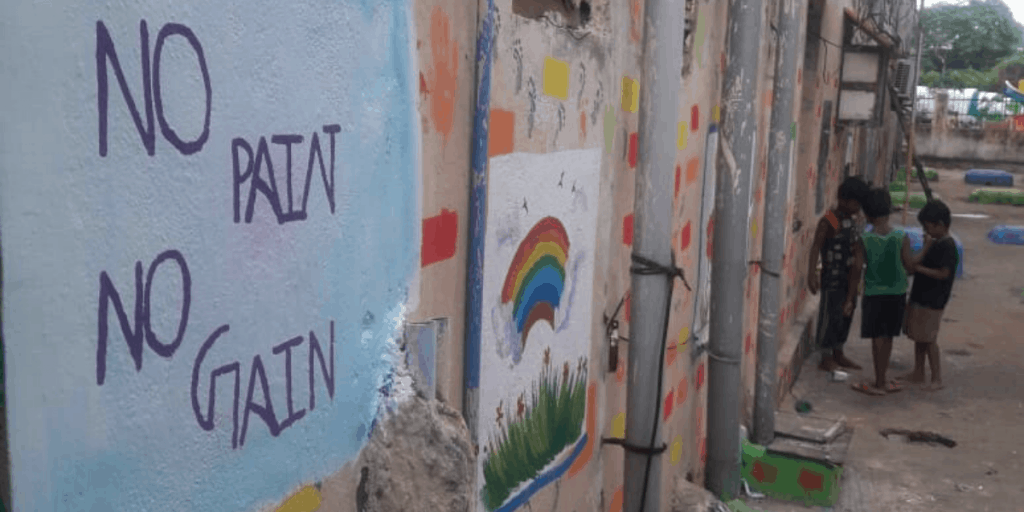 (The community has no funds to provide equipment for other sports such as Badminton. They request citizens to contribute to their cause. Citizens interested to pitch in can call Gavaskar at +91 79044 48494)

The thousands of CCTV cameras dotting the streets of Chennai can well prove to be a double edged sword; will our safety come at the cost of privacy and personal information security?

Snapshots from IIT Madras, beyond the academics!

A scholar at IIT Madras captures through his lens the magical campus ecosystem that often goes unnoticed while thousands toil away within the concrete walls of its academic departments.

How migrant workers at Kanathur are living through the COVID crisis

A hundred odd families, primarily from Jharkhand, employed as masons or workers in the city, live in Kanathur off East Coast Road. How are they coping in the face of the lockdown, when most government schemes are also out of bounds for them?