Chennai may never become a super metro or a smart city, whatever those two terms may mean or imply, but it is fast becoming one of the most built-up cities of India. The value of open space is fast being forgotten and Government and private parties alike view all such areas only as places where buildings can be put up. You name the precinct – colleges, University, the High Court, the stations, administrative headquarters – everywhere the trend is the same. More and more buildings are coming up. No thought is being given to alternative campuses in other parts of the city, and as a result, congestion is on the rise.

It is high time the administration thinks of preserving what little open space it possesses and puts it to good, creative, alternative use. And in this it would appear that a more congested city than ours, namely Kolkata, can show the way.

The South Park Street Cemetery there is one of the oldest such facilities in that city. It is a city of the dead, with streets laid out between vaults, obelisks, monuments and funerary statuary. For long neglected, it was in the 1990s rescued from oblivion and cleaned up. Entry was regulated with a watch and ward staff ensuring discipline was maintained.

In a rare display of cooperation, the church, the administration and the media worked on making the place well known and it is now one of the city’s tourist attractions though it cannot be said it is a popular spot. But then you don’t expect a cemetery to be a picnic space.

Yet, something of that kind is being attempted. Crazy as it may sound, a classical music performance in the open air is planned inside the cemetery! Dedicated to Bach, whose work is most closely associated with the church, the event has tickets priced at a moderate Rs. 20 per head, chiefly to encourage people to come. Much will of course depend on how the response is and what follow-up action takes place thereafter, but it is still a commendable initiative.

Contrast this with say the St. Mary’s Cemetery on the Island. This has fast degenerated into a garbage dump for the neighbourhood. A huge unauthorised, but subsequently legalised, colony of squatters has come up abutting the place. The lone caretaker is hardly a deterrent to the variety of illegal activity that takes place in the compound, the least of which is open defecation.

All of this goes on in the midst of one of the busiest localities of our city – the Central Station and the General Hospital are the cemetery’s neighbours. Why can’t something on the lines of the South Park Street Cemetery be attempted here? Is anyone in charge even thinking of such a possibility? 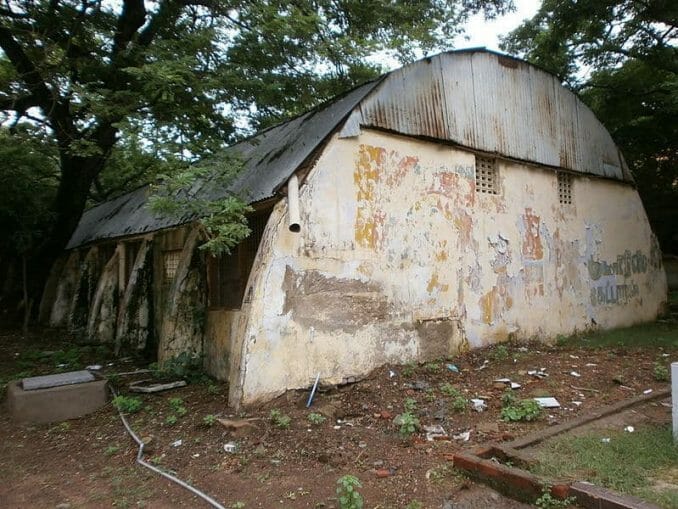 The same issues plague other open spaces that are badly kept – the compound of the Queen Mary’s college is another instance. Yes, it is a girls’ institution and so there are safety issues, but surely the empty space can be put to good use for cultural events that can pay a rent for using the land. Such an exercise was attempted a couple of years ago in the neighbouring Lady Willingdon Institute when a book fair was held there. The QMC could definitely consider such an option, especially as an oft repeated excuse for the poor state of its campus is lack of funds.

Hopefully, what is happening at the Lady Willingdon Institute is not thought of here too. With institutions thinking only on the lines of additional construction on their surplus land, it is no wonder that we have ministers blithely declaring that a wedding hall will be built where Madrasa-e-Azam stands. It is time we reversed this trend.

[This article was originally published by Madras Musings and has been republished with minimal edits, except in the headline. The original article may be read here.]

About V Sriram 32 Articles
V Sriram is an entrepreneur, columnist, music historian and heritage activist who is known for his books on the history of Chennai, Carnatic music and Chennai theatre. He is also known for his blog on Chennai heritage, and is the Editor of Madras Musings.

Banners and hoardings to be back on city streets, much to citizens’ dismay

The rules have been relaxed for the erection of banners for social, religious and political events, increasing the possibility of reappearance of banners and hoardings across the city.

In this year of scanty rains, how are Chennai’s winged winter tourists doing?

Every winter, hundreds of birds arrive in Chennai and set up haunts around its marshlands and waterbodies. An avid bird watcher shares his insights on the trends, habits and the observations this year.

Why MTC is sinking and taking Chennai Metro with it

Chennai Metro continues to have poor traffic numbers, thanks to absolutely no effort from MTC to integrate its small buses services to the train network and provide last mile connectivity from the stations. MTC is also losing heavily to the illegal share autos, but doing nothing about it!