The Joy of Giving offers so much satisfaction and adds a definite meaning and purpose to our lives. The joy of sharing and giving is especially much more significant when we live in a world where we spend money easily on several material and non-material comforts but often forget the fact that a simple home cooked meal for one person costs only about Rs.50 at the most.

We swipe our debit cards on clothes, cosmetics, food, gadgets, toys, travel and don’t think twice about spending huge amounts but have we ever thought of how much more a relatively minuscule amount can mean to someone?

The Dinners with Dignity group functioning across the city has thought about it, yes! This is a Chennai-based initiative to provide food for all the homeless people who have no facility or access to food and who take shelter in the pavements and under the bridges/flyovers.

What is Dinners with Dignity?

Thanks to Aarti Madhusudan, who mooted the idea of providing a simple but nutritious home-cooked meal to the homeless, every week.  Volunteers from different parts of the city have taken this seed idea and have formed their own groups to provide hygienic food to the homeless in their respective neighbourhoods (there are now about six apart from T Nagar – Alwarpet, R A Puram, Mylapore, Chetpet, Nungambakkam and Besant Nagar).

How does this work?

Interested volunteers within a neighbourhood are members of a common Whatsapp group and communicate over the same. We meet at a common point with our home cooked food packets and distribute them among the homeless people. In many cases we resort to buying good quality food items to distribute as well.

The T.Nagar Dinner Drive in particular has been functioning without a break for over a year now, having begun on July 11 2015. The passionate T.Nagar team, comprised of Devika Gopalan, Roshini Kasi Visvanathan, Savithri, Shyma Mathai and Bhuvana Rajaram, meets at the Natesan Park every Saturday at 5:30 pm and distributes the food to the homeless and needy sitting in large numbers outside Tirumala Tirupathi Devasthanam, TTD. 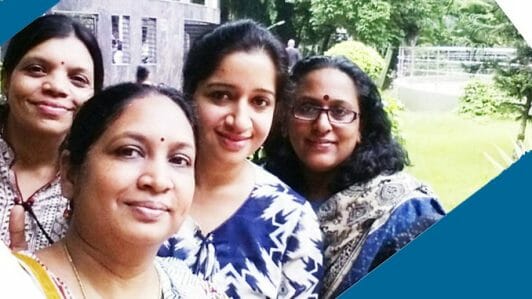 How can you help?

If you can spend just one hour a week to prepare or buy good quality food and distribute it to the homeless people in your own neighbourhood, then you are in! Do please check if there is already an existing group in your area so that you can join them, or else you could form a small team to create your own group of interested volunteers.

What are the points to note?

It is absolutely important to distribute only fresh and hygienic food. No stale items are allowed. Spread the word of this initiative so that we can have more volunteers, which ultimately means that we would be able to feed more mouths in the city.

Bhuvana Rajaram is a writer based at Chennai and who owns a lifestyle magazine called Beautiful Times (http://beautifultimes.in). She is passionate about feeding the homeless and protecting animals. She can be reached at: bhuvanarajaram9@gmail.com

About Bhuvana Rajaram 1 Article
Bhuvana Rajaram is a writer based at Chennai and who owns a lifestyle magazine called Beautiful Times (http://beautifultimes.in). She is passionate about feeding the homeless and protecting animals. She can be reached at bhuvanarajaram9@gmail.com

Chennai Corporation plans polls for street vendor committees, but how fair will they be?

The election of town vending committees could go a long way in regularising the business of street vendors and earning them a place of dignity. But the Corporation’s lackadaisical attitude has left 50% of them ineligible to vote.

How will ACJ, SRM and other reputed Chennai colleges admit students in the time of COVID?

COVID-19 has changed the admissions procedure in reputed educational institutions in Chennai. We spoke to some of the colleges to know what they are planning.

On the herculean task of getting a PUC certificate in Chennai

PUC certification in Chennai is full of hassles for commuters. Here is why the system is broken and how it can be fixed.