”This year has been a welcome sight for birdwatchers as there has been an increase in the number of migratory birds in the city. The numbers seem to have increased in spite of the poor monsoons the city saw this year,” says environmentalist E Seshan. Although the water levels in Pallikaranai and Vedanthangal run low following a scant northeast monsoon, these winged friends have made several other water bodies in the city their home.

A retired chief photographer of the Geological Survey of India, E Seshan, has been studying the pattern and habits of migratory birds in Chennai for the last 20 years. We caught up with him for more insights on the city’s avian tourists.

Has there been an increase in the number of migratory birds to the city this year?

Although there have not been enough rains this year, the number of migratory birds this year has increased. This is due to the severe winter season in northern India and in the Western Ghats. That is why Chennai is also cold by its standards, and this climate has been more than favourable for migratory birds. This climate is necessary for them to mate.

Have the birds come earlier than expected?

No, they are late in fact. They should have come a bit earlier, but the recent cyclone in Tamil Nadu seems to have delayed their arrival. These birds can sense natural disasters and they change their flight schedule and mating season accordingly. The migratory season will end in March or April as some birds come during March only.

Do they arrive in groups?

Each type of bird has its own flying pattern. Many of the species fly in groups and they normally have a team leader, which guides the rest. In some cases like the Amur falcon, it flies separately and joins other bird groups.

With poor water levels, as in the current situation, how do these birds survive?

If a bird comes to a particular waterbody for one mating season, it will typically try to come back to the same place the following year too. However, if they realise that the water level is low, they move to other places in the same city. For instance in Pallikaranai, the water level is significantly down, so the birds have moved to other close water bodies such as Sholinganallur, Muttukadu, and Marakkanam in Pondicherry.

These birds generally have a lot of the stamina and persist in their quest for an alternative place for hatching, when they are not able to return to their previous haunts. Besides, they don’t fly all the time, they glide in the wind, which does not require much hard work.

Is there any particular or noteworthy type that has come to Chennai this year?

This year the number of migrants are more. The Stone Satin have come in large numbers this year. These small birds were hardly sighted last year. Similarly, Wheatears, which are normally confined to the Western Ghats, have also visited the city. The main reason for their arrival is the heavy chill that hangs over the city now. 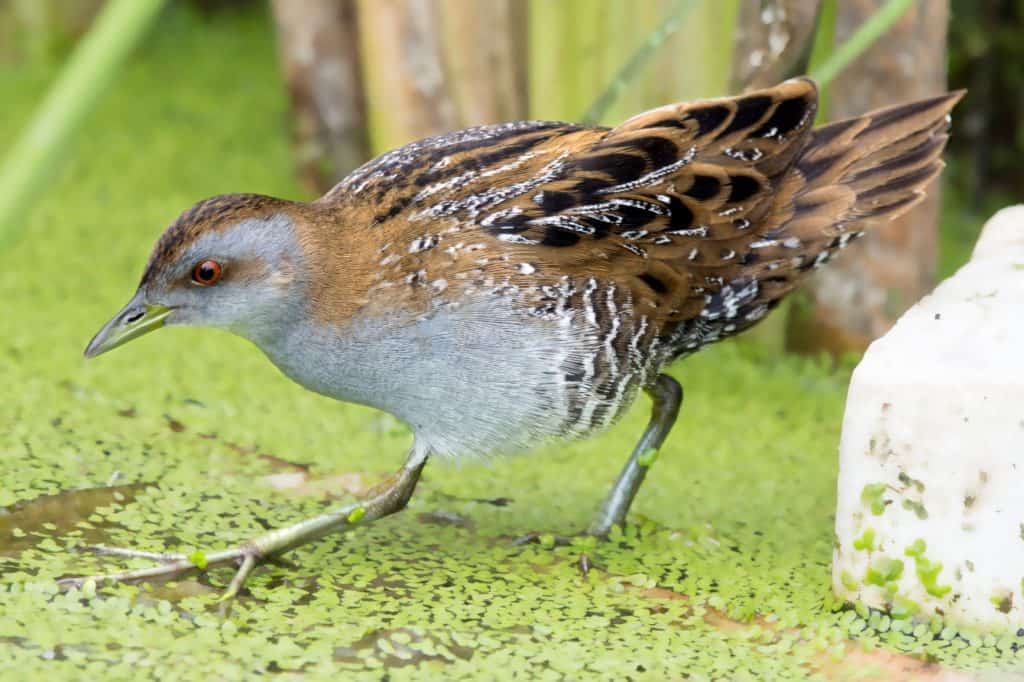 Flamingoes have been spotted in other places in the city, it seems…

Flamingoes normally come to Pallikaranai. About 600 to 700 birds land here each season, this year with the water levels running low, they have moved to other parts of the city and beyond it, for example to the lakes in Maraimalai Nagar after Guduvanchery. When the water level goes down, these birds are unable to find enough to feed on,  and hence they move to other places.

What do most of these birds eat?

Each bird has a different food habit. For instance, Flamingoes feed on water insects and phantoms that are in the water. Other birds such as Openbill Stock, Eggers go to nearby fields and feed on worms and grains.

Apart from Pallikaranai and Vedanthangal, what other places in the city are good for birdwatching?

Perumbakkam near Sholinganallur is now thickly populated with the avian migrants. This waterbody was part of the Pallikaranai marshland but over the years, due to development, urbanization and encroachments, it got separated from the wetland and became a waterbody of its own. Now it is known as Perumbakkam lake. This year, the waterbody has attracted lots of ducks and small birds.

With the plastic ban in place, do you think it will be helpful for these migratory birds?

The ban could not have come at a better time. Yes, it will definitely help the birds and animals. There have been several cases in the past where birds have died due to the presence of plastic in the water bodies. The ban will also help in preventing pollution and groundwater from getting spoiled.

The number of people interested in bird watching seems to have gone up markedly. Is it because it offers good career opportunities?

There has been an increase in the number of birdwatchers recently, especially among IT professionals. These people have a five-day work week which leaves them with considerable free time. They take up bird watching as a relaxation. A few even take it up as a career. They spend money to buy the required equipment and use it to take photographs and sell them. The Zoological Survey of India has a separate ornithology department that offers exciting career opportunities. There are also many government and non-government agencies that offer jobs in this field.

When is the bird census done and what steps have been taken to protect these migratory birds?

The census is normally done during this time of the year. There are several Acts, rules, and regulations that protect these birds. For instance, people are not allowed to enter the RF (Reserve Forest) area. This rule also applies to birdwatchers. If someone wants to enter such zones to study birds, they need to take special permission from the range; after that, s/he will be sent inside with a guard. This is done to prevent poaching. Many miscreants enter the protected areas in the guise of birdwatchers and hunt them.

Does bird count indicate the health of the waterbody?

Bird count can only indicate the health of the water body to an extent. There are several other ways to know the health of the waterbody. For instance, we already know that the birds have moved from the Pallikaranai marshland to other locations for lack of feed. On the other hand, it is not as if the wetland is entirely divested of feed. The portion of the wetland near 200 Feet Road has less feed while inner parts such as Ambedkar Nagar is fertile with bird feed. However, we cannot enter this place as it is a protected area. Previously this place was open to public and poaching was a regular here. Now it has been converted to a restricted area.

Several reports, and most recently the movie 2.0, tells us cell phone radiation is killing birds in the cities. What is your take on that?

It is not scientifically proven. There has been no research to validate it. For instance, near my house, there is a cellphone tower, several birds such as kites used to come and build nests in the neighbourhood. It is true that their numbers have declined, but it is not because of the radiation, but due to lack of trees in the vicinity. Several trees have been cut down. The main reason for the decline in the number of birds is the increase in the number of multi-storeyed buildings and a decrease in the number of trees.

Among endangered species in common birds is the sparrow. But they seem to have made a comeback. How did that happen?

In my opinion, sparrows were never ‘endangered’, they just mass migrated from the city due to lack of food. They feed on millets and broken rice. Now, these birds have come back as they are able to find food. Before Velacheri and Sholinganallur got caught in the web of urbanisation, they were still fields. These birds used to feed on grains and pulses that were grown here. With the depletion of farmlands, the sparrows also moved out. Now you can spot them in large numbers at the broken bridge in Besant Nagar and at Marina Beach.

What can ordinary residents do to ensure that Chennai remains a favourite destination for birds – both local and migratory?

It is very important to keep the environment clean. Throwing waste on land and in water bodies must be stopped. Residents Associations and citizen groups can get together and help clean water bodies. Increasing green cover through gardening and plantation is an also an excellent way to ensure the increase in the number of birds. Many choose to grow croton plants, but they offer nothing for these birds. Fruit and flowering trees have to be planted as they provide food and shelter for them.

This was a project cancelled by the newly elected government in 2011 for environmental reasons, as piers for the elevated road were being erected on the Cooum riverbed. But has anything really changed now for the same party in power to revive the project?

Makkal Auto in Chennai has positioned itself as one of the pioneers in the movement towards electric mobility in the city. We spoke to CEO, Yasmeen Jawahar, to know more about their newly launched electric autos and future plans for the same.

A summary of the ground realities in the constituency, the full list of candidates and the detailed profile of the sitting MLA.