With the city generating a whopping 4500 tonnes of garbage on a daily basis, measures to tackle the growing challenges of waste management began with an attempt by the Corporation of Chennai to revive source segregation last year. The attempt has seen lukewarm response with only 40 of the total 200 wards having implemented varying degrees of segregation.

This was followed by the ambitious announcement of the Tamil Nadu government that the state would ban all plastic products beginning January 2019.

Some key provisions of the bye-laws that are likely to impact citizens are as follows: 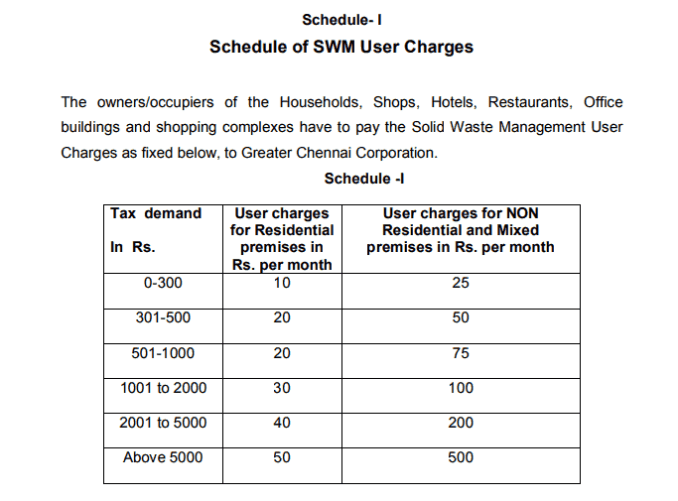 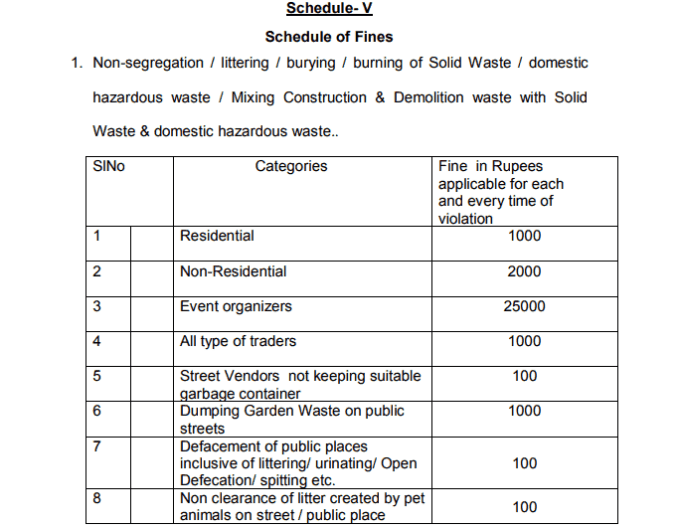 3. Households will be expected to segregate and store the waste generated by them in three separate streams: biodegradable, non biodegradable and domestic hazardous wastes in suitable bins. Waste thus segregated must be handed over to authorised waste pickers or waste collectors.

4. All resident welfare and market associations, gated communities and institutions with more than 5,000 sq m area and hotels and restaurants have one year from the date of notification of these rules to ensure source segregation of waste and collection of segregated waste in separate streams. The recyclable materials must be handed over to either the authorised waste pickers or the authorised recyclers. Provision for composting or biomethanisation within the premises must be set-up as much as possible. This will be used to process, treat and dispose of biodegradable waste.

5. Any event or gathering of more than one hundred people at an unlicensed venue can be held only after intimating the local body at least three working days in advance. The organiser(s) of the event must ensure source segregation of waste and hand over the segregated waste to  the waste collector or agency as specified by the local body.

6. All garden and horticultural waste from respective premises must be sorted and stored within the same premises and disposed of according to instructions from the local body. Failure will result in fine of Rs. 1000.

7. All construction debris is to be stored separately within the premises and disposed of as per the Construction and Demolition Waste Management Rules 2016; the latter states that the waste must be segregated into four categories – concrete, soil, steel and wood, plastics, bricks and mortar, and handed over to the local authority or designated processing facility.

The public have 30 days from the date of notification,  until July 19th, to send in their comments and suggestions to the Corporation of Chennai by post.

About Aruna Natarajan 179 Articles
Aruna is an Associate Editor at Citizen Matters. She has a BA in Economics and a PG Diploma in Journalism. She has also worked in a think-tank on waste management policy and with a non-profit in sport for development. She writes on civic issues, governance, waste, commute and urban policy. She tweets at @aruna_n29.
Twitter

Chennai’s standing by Kerala — here’s what you can do

Flood-ravaged Kerala has perhaps seen the worst through, but the journey ahead will be long and arduous. Chennai has already stood by its neighbour steadfastly. The need now is to figure out what exactly is needed at this juncture and pitch in accordingly, say social workers.

What happens when the government wants your land?

Several conflicts have arisen as land acquisition for Phase 2 of Chennai Metro gets underway. Residences, shops and even a school that could become ‘collateral damage’ in the exercise have raised their voices against the move. Will their interests be considered?

Last week’s rains flooded many parts of North Chennai, as issues remain unresolved for many years. Residents share their struggles.