A parking area with neatly parked vehicles, a reception area to welcome visitors, a waiting room and canned drinking-water. Hold on, this is not a resort or restaurant, but a local police station in Namma Chennai! The K4 Police Station on Third Avenue in Anna Nagar does catch your attention with its infrastructure and facilities, but it is not just that which makes it distinct.

At the inauguration of the three-day All-India Conference of Director Generals / Inspector Generals of Police on January 7th, the K4 Police Station won fifth place among the 14850 stations in the country ranked for their efforts and performance in 2017.

The police stations were judged based on 21 key criteria, among them, control over narcotics, speedy disposal of cases, decline in road accidents and infrastructural facilities.

“I feel proud that the K4 station got such a high rank. Apart from the facilities they have got for visitors, there has been no case of murder in the area under their jurisdiction in the last five years, which I feel has determined the award of accolades,” says Gunasekaran, Assistant Commissioner of Police, Anna Nagar.

Twice weekly, the K4 police station organizes meetings at apartments to create awareness on various issues. In addition to that, they talk to senior citizens in the locality, teach them how to prevent and handle situations such as chain-snatching, burglary etc. Upon request from residents, cops from the station safeguard their houses if the residents are out of town.

“We have brought down murder cases by patrolling regularly. We have seven patrolling vehicles in the stations and we attend to cases immediately without any delay, due to which hooliganism has also come down. We occasionally visit schools to teach young girls about good and bad touch, explain the importance of staying alert and insist on residents calling 1098 in case of any problems,” says Sub-Inspector Benazir Begum, K4 Police Station.

An example in gender equality

It is a general notion that women cannot handle challenging cases. Among the 40 cops working in K4 Police Station, six are women and have proven that they are no less than male officers.

“We, women, do not face any kind of bias at the station. We do what the other male cops do, and that includes patrolling, emergency services during calamities, handling robbery cases etc. We do not feel any kind of difference or discrimination when we are on duty,” adds Benazir. 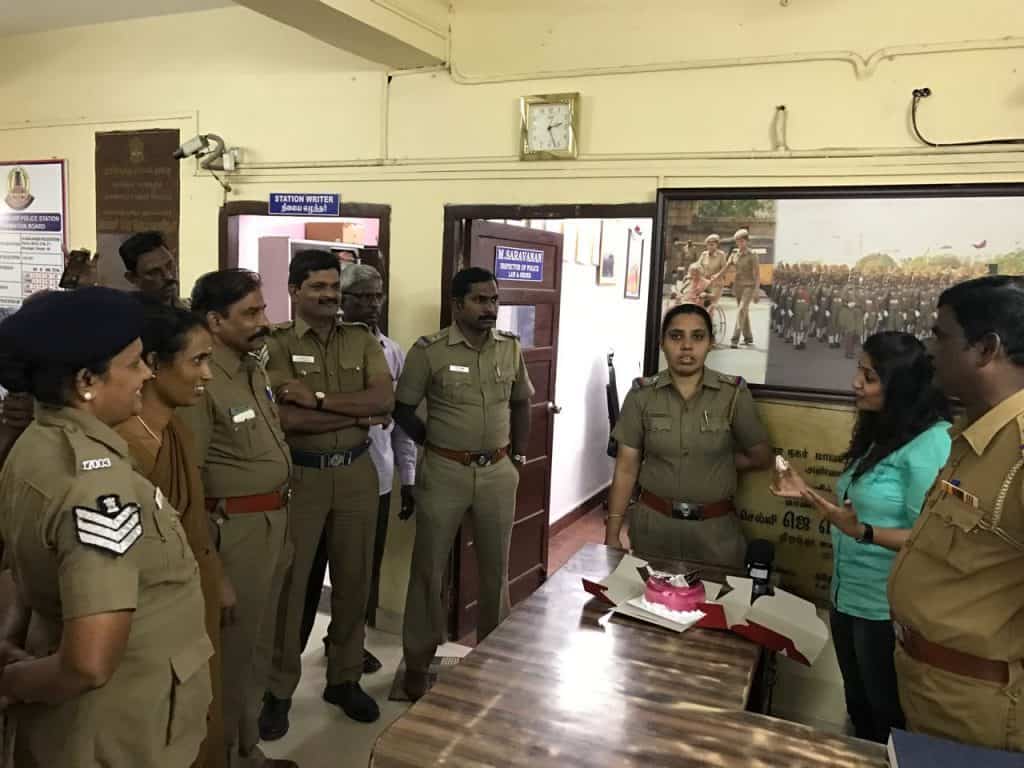 Always on their toes

To tackle sudden outbursts of protest or any form of violence, the K4 police station has built a cordial relationship with the local people. In case of any sudden violent uprising, the local people inform the police to prevent escalation of the situation.

“We have informers near colleges and schools, who help in nipping the violence in the bud. At times, it is with their cooperation that we succeed in solving cases,” she continues.

Delayed response to cases is an oft-levelled allegation against our police forces. But the speedy disposal of cases in this particular office is one of the factors that has brought them national recognition.

“As a team, in 2017 we were successful in returning a lost 3-year-old child to the mother in a single day,” says Benazir, when asked to talk about fast redress and action.

Explaining the mechanism through which they deal with cases, the SI adds, “Once a First Information Report (FIR) is filed, we immediately nab the suspect, remand and produce the accused to the court—all at the earliest as we work to the best of our ability. We try to minimise delays and hassle in any case of accident. We make sure that one of us comes to the immediate aid of the victim to complete the formalities at the hospital for  his/her treatment.”

For a safer city

“There is no certainty about when and how our day will start or end. At times, we have to sacrifice our family, too. But safety of residents is our priority and if we have to cancel any plans made with family to ensure that, then we do it. We are here to create a safe living environment for every resident, and so, as a team we want everyone to report any untoward incident to the police without any kind of hesitation,” Benazir concludes.

Lockdown realities: How parents are turning therapists for kids with cerebral palsy

Lockdown has prevented children with cerebral palsy from attending their much needed therapy sessions. But many parents in the city have taken the challenge head-on.