Fifteen years ago, Chennai had to rely on neighbouring metros such as Bengaluru to rehabilitate and reform the lives of drug addicts and alcoholics. But as the number of addiction cases increased, private rehabilitation centres mushroomed in the city. “There is a steep increase in people falling prey to alcoholism, drug abuse and other substances. We had admitted 111 cases in 2015-16 and 220 patients in 2016-17,” says Dr V Sunil Kumar, a clinical psychologist and founder of  Mindzone, a private de-addiction centre in Adyar.

However, while a barrage of information is available online when you search for de-addiction centres, they do little to address or dispel the confusion and common concerns that family members generally have in such cases. The common man still tends to shy away from sending a family member for rehabilitation in the fear that such centres resort to harsh treatment.

It is high time that such myths and taboos are busted, and there is an objective assessment of when, how and where to seek help.

When should one intervene and take the step to rehabilitate a person? This is a persistent question that the family of an addict grapples with.

It is often easier to take the step when the actions of a person are constantly dictated by his addiction, robbing him of all sense of right or wrong.  In many cases, however, the victim or addict is a loving husband or mother or son, as soon as the influence of the substance wears off and it is then that decision-making becomes particularly tough.

“It is time to intervene if they turn violent, depressed or abusive after the substance in-take.  Or if they rely on alcohol even to carry on with day-to-day activities and have unresolved coping issues with family and friends,” says Dr V Sunil Kumar.

In some cases, counselling alone may help the person, but confirmed, hardened addicts, more than ten years into the habit, should be put in a rehabilitation centre. “Sometimes, a word of caution or love could bring about a change. But in many cases, the addiction is so dominant and deep-rooted that they develop a convenient way of thinking — they don’t even admit they are addicts,” says Manimeghalai, a psychologist who treats addicts. 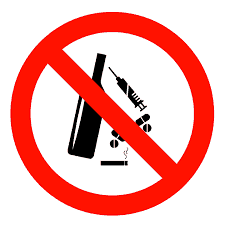 If intervention by family, friends and support groups fail to yield results, a rehabilitation centre is the only way out. Ideally, if the patient is willing to seek help to get rid of the habit, the success rate is higher. The patient can be counselled by support groups or someone he/she has put on a pedestal.  But if the patient is uncompromising, forced rehabilitation with family consent is the only resort.

In such cases, it is important for the family members to do some thorough, probing research on a number factors.

We know Bhogi pollution was bad, but do we really know how bad?

CPCB data says PM 2.5 levels recorded at the Manali monitoring station on Bhogi day was more than 16 times the prescribed limit. Yet TNPCB data is completely silent on this particular critical pollutant. Why?

Why commuters find share autos essential, even as they function illegally

Share autos bridge the gap in Chennai’s local commute as they ferry passengers to the areas that are not connected with any of the public transportation.

Sithalapakkam: The journey from idyllic suburb to garbage dump

Unplanned development, ineffective waste management practices and severe cash crunch of the local body — all of this has led to a major garbage crisis in this southern suburb.